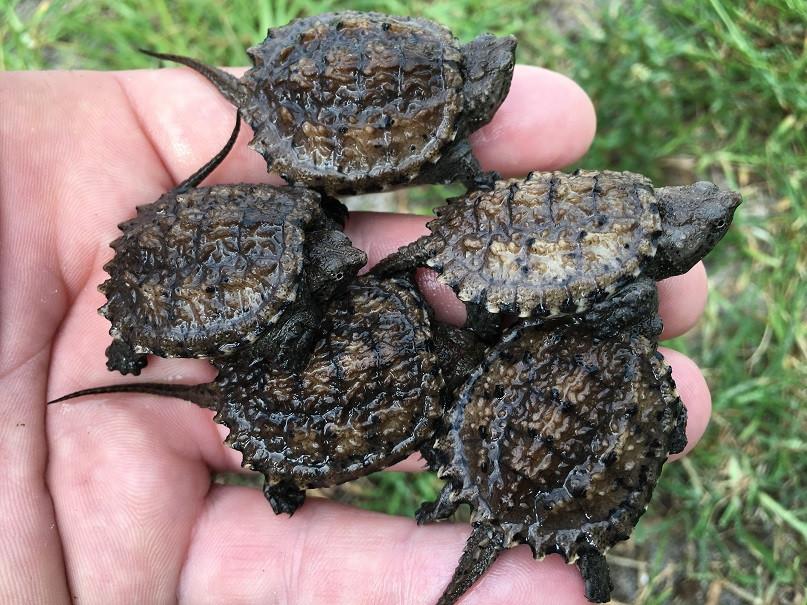 This species is renowned for their quick growth and long life span with proper care. Alligator snapping turtles have become their own urban legend with claims of some specimens living well past 150 years. On average though, males are smaller than females with most males weighing 25-75 lbs and females weighing 70 to nearly 200 lbs! The largest recorded representative of this species had a 31.5 inch long shell and weighed in at 316 pounds. Generally, this species will have a shell length of between 15 and 26 inches. Alligator snapping turtles are the world’s heaviest freshwater turtle! Most of these animals in captivity are from the wild and females in particular become “antsy” during breeding season as they set out to find a suitable nest site.

But we're here for how to properly care for these monstrous turtles as our pets so lets get stuck into it.  It is recommended that all new turtles be quarantined away from the rest of the turtles you have for at least 60-90 days. In this time period the owner can access the animal’s behavior and health status. The General strongly urges owners to bring these animals to a vet, that is qualified, during quarantine for a wellness exam and a fecal evaluation. Quarantine requires food, dishes, accessories, and cleaning of the turtle to be done separately from the other turtles.

Water Temperature for Southern US turtles (these)

The water temperature of the enclosure can be raised using under water heaters and under tank heaters on a thermostat to keep the water at 75-80° F. Hatchlings should be kept around 78-80° F.

Snappers are difficult to house due to their fast growth rate and impressive size.  This species loves to swim and explore their enclosures.  Hatchlings can be comfortably kept in a 20-50 gallon tank or equivalent container for almost a year.  An 8 inch long juvenile will require a 55-gallon or larger enclosure or similar size plastic tote.  Adults generally require a 200-800 gallon enclosure.  Stock tanks, modified plastic tubs, outdoor ponds, and koi tubs work well.  Remember, bigger is better!  With a bit of creativity, enclosure potential is endless!  The water should be deep but the turtle must be able to stand normally without touching the water surface as this species prefers to walk along the bottom of their enclosures.  This species also requires the water to be visibly flowing as it would be in their natural habitat.  Ideally, the water should be deep enough for the snapper to stand and extend its neck to break the water surface with a portion of its head.

This species rarely basks outside of the water but they will float to the surface of the water to warm themselves.  Snappers do require a land area where they can haul themselves out of the water completely if desired.  Females are prone to wandering in order to find a suitable site for a nest and may require a larger enclosure or at the very least, a dig box.

Technically, these turtles are omnivorous. But, for the most part, alligator snapping turtles are opportunistic predators. So naturally their usual diet includes fish, carcasses, mollusks, amphibians, worms, snakes, water birds, crayfish, aquatic mammals, and other turtles. They will also eat aquatic plants. Large alligator snapping turtles have been known to kill and eat American alligators. Like other reptiles, they refuse to eat when the temperature is extremely cold or hot because they cannot digest their meal.

But assuming you don't intend to feed alligators to your snapper, get the temperature they like and mix up their diets a bit, rats or fish should be easy enough to come by.

The water for these turtles is important!  These are fresh and brackish water turtles that enjoy swimming.  Only use chlorine free water with an addition of aquarium salt to create a brackish environment with a specific gravity of 1.015-1.018.  A hygrometer and frequent salinity testing is required to maintain the water levels.  Care must be taken to only use aquarium salt and not consumable sea salt or iodized table salt.  Snapping turtles enjoy a mild current in the water which can be created using strong filters or water jets.  Change a third of the water once a week to keep water clean.
Canister filters are recommended by the General for all aquatic turtle.  These filters offer both mechanical and bio-filtration and are less stressful to aquatic turtles as there is no mechanical vibration on the tank from the filter body itself.  For full grown adult enclosures, it is recommended to invest in a pond filter with a secure inlet.  External filtration helps to remove uneaten food and large waste particles as well as agitate surfaces and increase water oxygenation.  Alligator snapping turtles require flowing water in their enclosures to simulate natural environments.  Full water changes must be done weekly to maintain health and sanitation of the enclosure as well.

Alligator snapping turtles can be dangerous so use some common sense and beware of lunges those long necks can get you pretty quickly if you have them out of water. 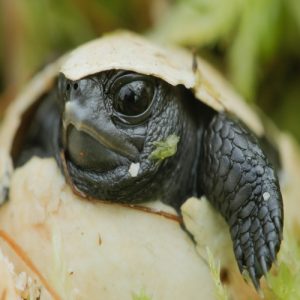 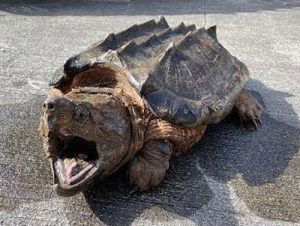 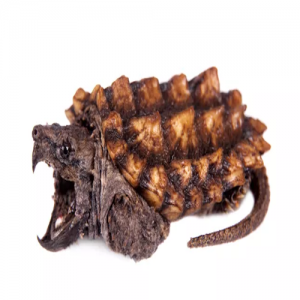